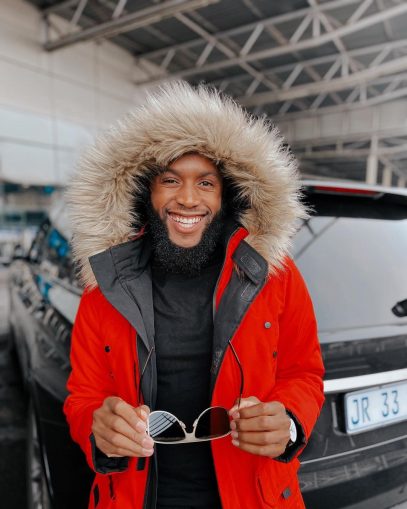 Social media has been flooded with steamy photos of Somizi Mhlongo’s ex-husband and his current girlfriend.

It all began when Mohale posted images of himself in a bathtub with an unknown male, who is believed to be his new partner.

Musa Khawula, a social media entertainment blogger, has essentially verified that Mohale may have found love at Obey Muchipisi’s hands.

Obey Muchipisi owns Trinity Management which is a casting agency.

Mohale Motaung and Obey Muchipisi were recently on vacation together in Dubai. *see Obey’s reflection on Mohale’s glasses on F1* pic.twitter.com/pf4J1vyQXn

As usual Twitter had something to say, here are some of the comments;

“How when Mohale was chowing Somizi?

“I love Obey. He is sweet man. Used to cast my extras on set through his company. And I love that he is very down to earth.”

“😅sh*t….I saw a surname that sounds like a Shona surname.I hope this man is not from Zimbabwe.We (Zimbabweans) dont wanna be embarassed”

“Mohale is just following his MASTERPLAN, he already knows who’s next when he’s done with the Sprite guy, “Obey Your Thirst” wena Mohale 😃”

“Oh that’s why now he gets roles left and rights, talk about a man who knows how to secure his bag 😂”

Mohale is enjoying his life right now and we are here for all for it.