Mshoza’s husband gets beaten up by her sisters 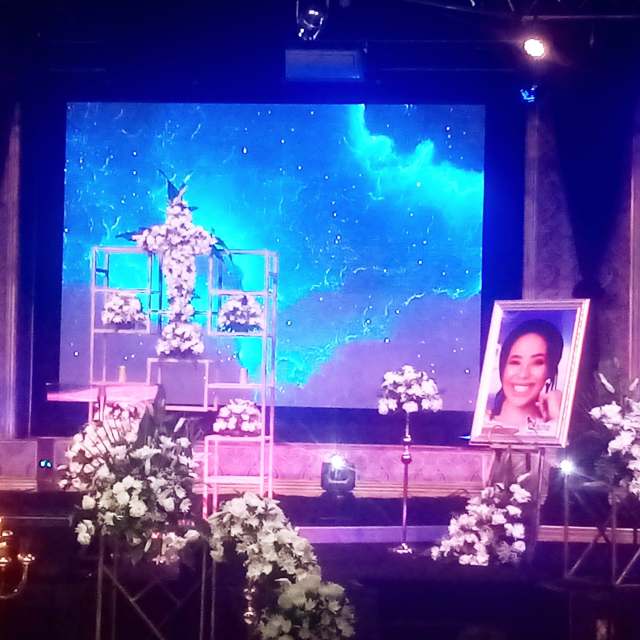 Mshoza’s husband gets beaten up by her sisters

A war has erupted between Mshoza’s sisters and her estranged hubby, Prince Mzwandile Dlamini, over the kwaito star’s royalties.

So dramatic was the dispute between the three that one of Mshoza’s sisters allegedly gave Dlamini with a hot klap and damaged his phone after a confrontation at a mortuary on Friday.

The sister was arrested for assault and damage to property but was later released.

The behind-the-scenes drama, according to those close to Mshoza’s family and the sisters, started when Mshoza’s older sister, Thandi, and her younger sister Seipati, went to the funeral parlour to wash her body and to get her death certificate but the parlour would only release the certificate to Dlamini.

Another family member said the sisters also approached the Southern African Music Rights Organisation (Samro) hoping to secure R25 000 to use towards preparations for the funeral, but said they were also turned away by officials, who said they could only talk to Dlamini.

The funeral parlour called Dlamini to inform him that there were people who were asking for Mshoza’s death certificate. “He then rushed there. On his arrival a war of words ensued between him and Mshoza’s family members,” said the source close to the family.

A local publication has seen a video that shows one of Mshoza’s sisters engaged in a verbal altercation with a man who could not be identified in the video. She is also shown picking up a smashed phone from the floor of the funeral home.

Dlamini’s refusal to reimburse the family for all the expenses they had incurred when preparing for the funeral had apparently caused the altercation.

One of Mshoza’s relatives told a local publication that her sister’s husband had apparently paid more than R100 000 towards the preparations for the burial and they asked Dlamini to reinburse his money, as he had the signing rights over everything. But this apparently did not sit right with him.

The source added that there was an exchange of harsh words and Thandi eventually lost her cool. According to the source, Thandi threw the first klap and managed to break Dlamini’s phone.

“They were quickly separated,” said the source.

Thandi referred all queries to the family spokesperson, Thanduxolo Jindela, who refused to comment.

Zodwa Wabantu explains how she uses her snake for money