– Fans noticed that Natasha and Olwethu have similar skin tones, lips and eyes – the only visible difference is their noses

– One fan even photo-shopped Olwethu’s nose to look like Natasha’s and, after that, the two ladies could have easily passed for twins

Natasha Thahane’s fans were thrilled to discover her doppelganger.

Fans couldn’t wait to point out the resemblance and quickly made it a trending topic.

One fan thought that Olwethu might be Natasha’s sister.
Ngwato Makgata-Gaddafi asked, “Natasha, your sis?”

Another said that Olwethu could easily play Natasha’s character on The Queen. 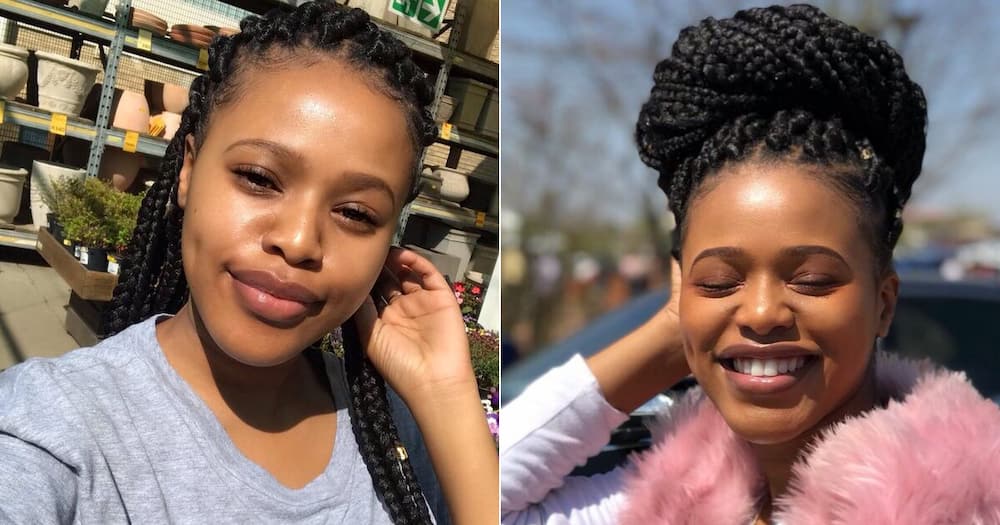 Is it just me or y’all see it too ? https://t.co/vlvrAWFP7B pic.twitter.com/gmLJvObflD

One fan took it to the next level when she actually photo-shopped Natasha’s nose onto Olwethu.

The resemblance was then seriously uncanny.

Natasha is one of Mzansi’s most accomplished actresses, so it’s no wonder peeps are obsessed with her.

(Visited 21 times, 1 visits today)
READ ALSO:  Actress Phindile Gwala To Join Imbewu… Get Details Of Her Character
About Afromambo 1775 Articles
Passionate Blogger and writer ! We deliver information that matters to you.More that Just news! Send us any Stories via info@afromambo.com