N.Y. Pushes Vaccines With Mandates and $100, but Stops Short of More Masking
Despite the rising number of Delta variant cases, officials said they were not yet ready to follow federal guidance and require masks indoors.

New York City Mayor Bill de Blasio has announced a free $100 incentive to anyone who goes to a city-run vaccination site for their first dose of a COVID-19 vaccine, starting this Friday July 30.

The mayor made the announcement on Wednesday at a press conference. “It does not get better than that,” de Blasio said. 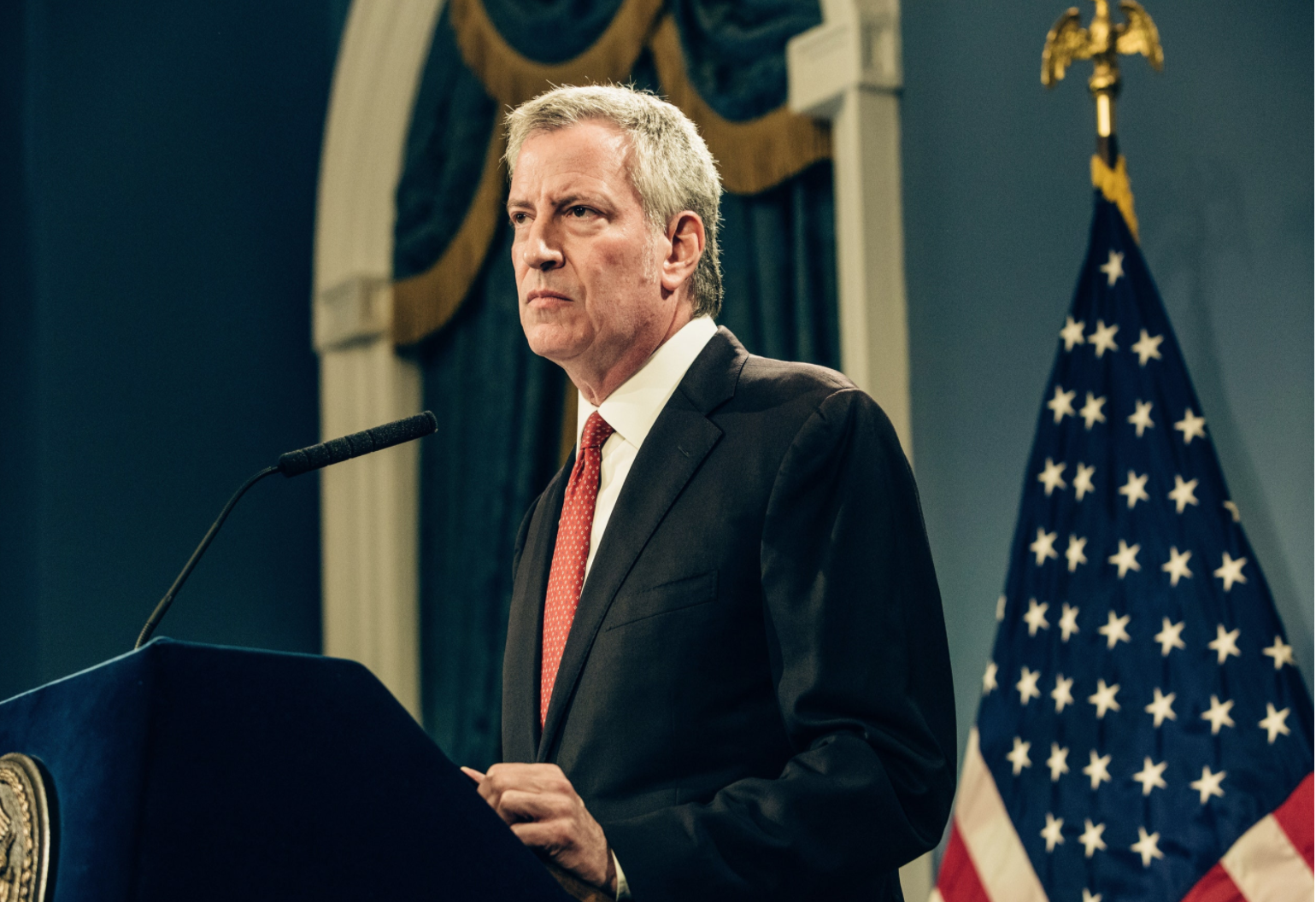 The announcement comes just days after the mayor said all city workers would have to be vaccinated or go through strict weekly testing protocols.

Beginning Friday, the cash reward will be handed out to city residents and employees who make an appointment at city-run vaccination sites.

An official said at the press conference that first-time shot takers will either be mailed a pre-paid debit card or be issued a digital one immediately via email.

“I personally believe that the guarantee that right then and there you’re going to be rewarded, I think that’s going to make a big difference to people,” the mayor said.

When he was questioned about those who have already been vaccinated, de Blasio thanked them for doing “the right thing.”

“But, we understand it’s been a huge amount of misinformation … particularly through social media getting anything but the truth. We got a lot we’ve got to overcome.”

More than 9 million doses of the vaccine have been administered in the city.

The mayor said over 59 percent of the city’s population has received at least one Covid-19 shot, but that’s not enough.

“That misinformation, that fear has hurt,” he said. “And what’s in all of our interest is to get every single additional person vaccinated.”

Residents can immediately redeem the card digitally, or receive a physical debit card.

The incentive is the latest the mayor has announced to get the city vaccinated. De Blasio said Wednesday that 9,902,097 doses have been administered.

Fifty-nine percent of the city’s population has received one dose of a coronavirus vaccine, according to data from the city, while 54 percent have been fully inoculated.

On Monday, de Blasio said that all city employees would need to be fully vaccinated or undergo frequent coronavirus testing by Sept. 13.

The mayor said that while vaccine mandates are a “crucial part” of the solution, mandates work well with incentives.

“We’ve talked the last few days about mandates, and there’s no question in my mind that mandates are a crucial part of the solution, and we’ll keep working on those. But we also still believe in incentives. Incentives help immensely. Both go well together,” de Blasio said

A new book on Donald Trump written by his niece, Mary Trump, sold nearly a million copies on the first […]

Trump paid just $750 in federal income tax in 2016 The US president, a self-proclaimed billionaire, paid the same amount […]