Nigerian-born martial arts champion, Kamaru Usman and his next opponent Jorge Masvidal have come face to face ahead of their highly-anticipated rematch at UFC 261.

Masvidal, 36, was unable to defeat reigning champion Usman, 33, when the pair first met on Fight Island last year and is now looking to have another shot in Jacksonville, Florida on Saturday night, April 24.

‘I do my math on everybody,’ the American said on Thursday, April 22. ‘Being in there for 25 minutes it makes me know that my math is a lot more sharper.

‘One thing is thinking in your head and one thing is feeling the strength level, the endurance, his rhythm, how he moves, how he is thinking, how he reacts to certain situations. 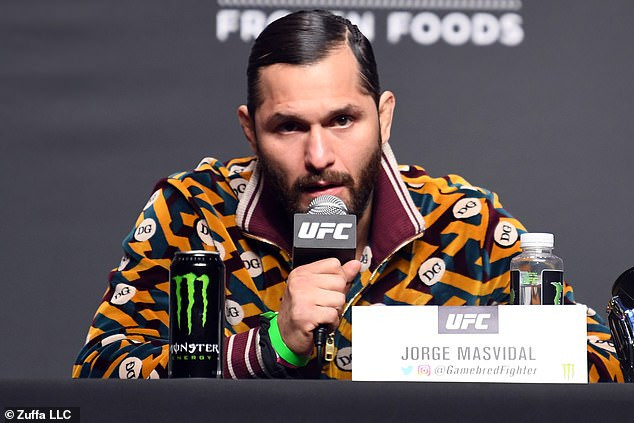 ‘So I take that blueprint and bring it into my next fight, execute my maths.’

The pair also engaged in a verbal trade after Masvidal vowed to ship ‘violence’ for the 15,000 spectators coming to watch the clash.

“These guys want violence and let me tell you they don’t cheer for me because I look so good, I come in here to perform and bring them and bring the violence that they crave. That is the reason I have these fans here for me,’ Masvidal said. 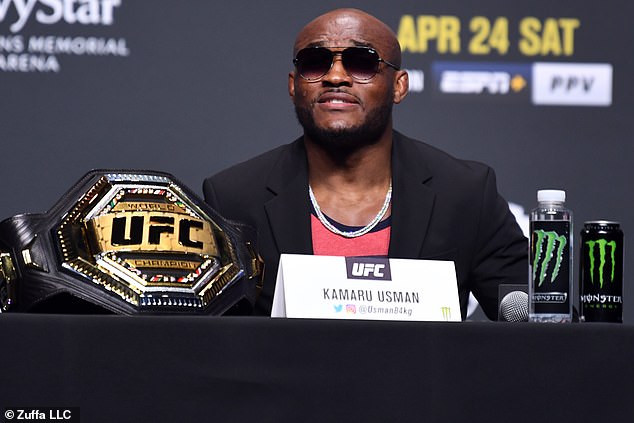 Usman also hit back at him, saying: “Alright let’s just be honest here. You have got 14 losses in your career. Seven in the UFC. You are 3-3 in your last six. You are sitting there today because I chose you. I am coming around the track and you are the first guy I am about to lap.”

Usman is aiming to eclipse Georges St-Pierre’s tally of 13 consecutive UFC wins on Saturday night, while Masvidal said he would give the champion a rematch should he emerge victorious.