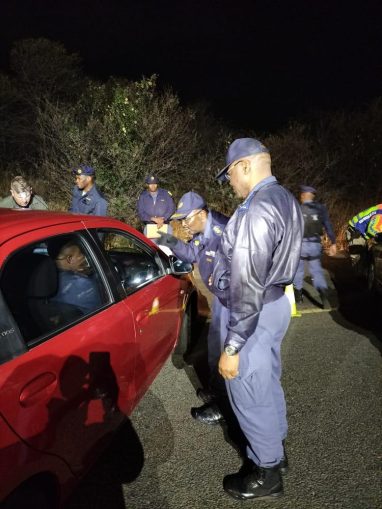 Police have finally nabbed a member of the so-called ‘Boko Haram’ gang who has been on Gauteng’s most wanted list.

The Mamelodi village has been terrorized by the gang in previous years; some members were apprehended, charged, and sentenced last year.

Since his associates were apprehended the previous year, the gang member has been on the run. However, he was one of 1655 suspects detained by the police this past weekend as part of Operation O Kae Molar.

The Boko Haram member was sought, according to police spokesperson Lieutenant Colonel Mavela Masondo, for offenses like extortion and violent robberies.

He appeared before the Mamelodi Magistrates Court on Monday.

“Senior management of the police in Gauteng was on the ground this past weekend, leading integrated crime prevention operations and tracing wanted suspects.”

The operation was conducted throughout the province under the direction of Lieutenant General Elias Mawela, commissioner of the Gauteng Provincial Police.

More than 495 individuals were detained in Johannesburg, primarily in Eldorado Park and Dieploof, Soweto. They are accused of murder, having an unlicensed firearm, distributing drugs, driving while intoxicated, and being suspected of being illegal immigrants.

Over 496 people were arrested in Ekurhuleni for offenses like rape, assault with the purpose to do serious bodily injury, fraud, robbery, and murder.

380 people were detained as a result of the intelligence-driven operation in Tshwane. They are being held for attempted murder, fraud, carjacking, malicious property damage, possession of a suspected stolen motor vehicle, and possession of a stolen item.

“Illegal miners who are suspected to be behind various crimes in the West Rand district are among 174 suspects who were arrested in the district. Other suspects were arrested for crimes that include murder, house robbery, malicious property damage, and tampering with essential infrastructure.”

“The suspects are to appear before various Magistrate’s Courts from Monday,” said Masondo.