AfroMambo May 14, 2020 Politics Comments Off on President Trump Calls for Former President Obama to be Questioned Under Oath 9 Views

The media was outraged when President Trump accused former President Obama of spying on his campaign and transition team back in 2018.

Donald J. Trump✔@realDonaldTrump
Wow, word seems to be coming out that the Obama FBI “SPIED ON THE TRUMP CAMPAIGN WITH AN EMBEDDED INFORMANT.” Andrew McCarthy says, “There’s probably no doubt that they had at least one confidential informant in the campaign.” If so, this is bigger than Watergate!
102K
4:45 PM – May 17, 2018
Twitter Ads info and privacy 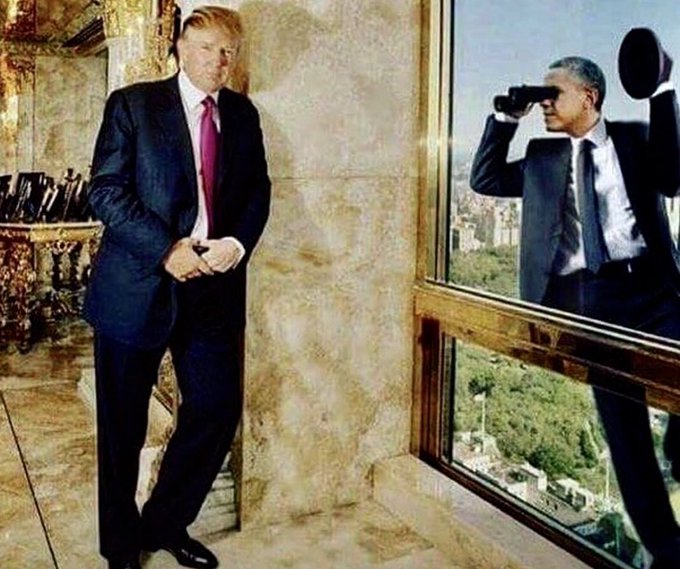 132K people are talking about this
This is BIG!
President Trump called on Barack Obama to be questioned under oath for his role in “the biggest political crime and scandal in the history of the USA, by FAR!”
President Trump is through playing nice with the deceitful and corrupt former president!

Donald J. Trump✔@realDonaldTrump
If I were a Senator or Congressman, the first person I would call to testify about the biggest political crime and scandal in the history of the USA, by FAR, is former President Obama. He knew EVERYTHING. Do it @LindseyGrahamSC, just do it. No more Mr. Nice Guy. No more talk!
135K
6:21 PM – May 14, 2020
Twitter Ads info and privacy

89.2K people are talking about this

Passionate Blogger and writer ! We deliver information that matters to you. Incase you missed any trending news or stories,we are here for you! Send us any Information or Stories via [email protected]
Previous What is ‘Obamagate’ and why is Trump so furious about it?
Next ‘I want to fight Mike Tyson, let’s give people what they want’ – Evander Holyfield says he’s ready to take on Tyson 23 years after he bit his ear

Hushpuppi gets another top rated lawyer in California

‘There will be no more war on earth, thanks to North Korea’s nuclear weapons, Kim Jong Un says

North Korean dictator, Kim Jong Un, has boasted that the earth would not face any …