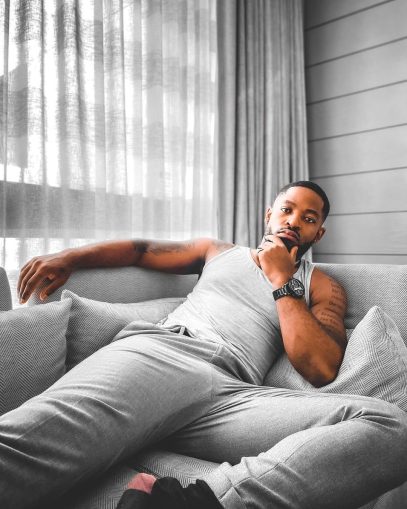 Prince Kaybee is ecstatic about being a father as he proudly displays a photo of his adorable kid ahead of Father’s Day.

The DJ is known for keeping his personal life quiet, but he has recently been unable to do so, as he recently posted a video of himself and his baby mama, Zola Mhlongo, canoodling in an intimate manner.

The music producer published a clear and charming snapshot of his kid, Milani, on social media following the successful release of his 5th studio album, Gemini.

He used the shot as his Instagram and Twitter Display Photo (DP), and it garnered a lot of attention, with many people gushing over the cuteness.

Kaybee avoided talking about being the father since his babymama, Zola Mhlonogo, became pregnant and welcomed a bouncy baby boy in December 2021, when he posted images of his mother and the adorable baby.

However, he’s feeling less apprehensive after sharing his first snap with his son, which has received positive feedback and congratulatory messages, particularly from celebrities like as Nadia Nakai and Zodwa Wabantu.

The existence of Prince Kaybee’s wine brand, Milani, has been formally confirmed.

The brand has been touted for months, and other news outlets have reported on it, but the music producer has taken to social media to reveal his soon-to-be-released product.

“My name is Prince Kaybee, Founder of a proudly South African wine called MILANI named after my son. We are only going to produce 7000 bottles a year available by order(Details coming soon). Its an exclusive wine, harvested by hardworking dedicated men and women. Each bottle is signed and packaged by yours truly. We are launching soon. THANK YOU,” he wrote.

My name is Prince Kaybee, Founder of a proudly South African wine called MILANI. Only 7000 bottles a year available by order. Its an exclusive wine, harvested by hardworking dedicated men and women. Each bottle is signed and packaged by yours truly. We are launching soon❤️ pic.twitter.com/Tqt5AXTiWr