Clement Kimani, a resident of Nakuru, joined Crowd1 earlier in the year by buying a 99 Euros (Sh12,647) package online hoping he would strike it rich sooner.

Months later, he has nothing to show for it other than some motivational talks he attended, courtesy of the educational pack he received upon his registration, which allowed him to attend some online classes.

He is now back to small-scale farming in his rural home in Nakuru having lost his hard-earned money.

Regulatory agencies are now warning the public of the re-emergence of fraudulent financial schemes out to defraud Kenyans under the guise of helping them make quick money during the ongoing Covid-19 pandemic.

This comes at a time when millions of Kenyans are surviving on reduced incomes having lost jobs and others placed on half-pay due to the pandemic, making them vulnerable to exploitation by the fraudsters.

Worse still, it comes amid uproar over a revelation that taxpayers might have lost billions to profiteers in the procurement of medical supplies and kits to fight the Covid-19 pandemic, handled by the Kenya Medical Supplies Authority (Kemsa).

In a public notice, the six regulators warned that action would be taken against the fraudsters and called on the public to report any unlicensed financial service providers to the authorities.

“As the coronavirus pandemic continues to unfold, we warn the public of the re-emergence of fraudulent and unlicensed financial schemes ,seeking to take advantage of Kenyans during these challenging times.

These rogue entities include online pyramid schemes, unlicensed credit and saving schemes, and unlicensed online forex brokers and traders,” reads the statement by the regulators in part.

They said some of the fraudulent entities have styled themselves as online global networking companies recruiting members of the public to join and make cash deposits with those who bring in more members receiving more benefits.

This, the regulators said, is a key characteristic of a pyramid scheme out to exploit vulnerable Kenyans.

Crowd1, a global network marketing company with operations in Kenya, has received widespread condemnation in recent days over its activities which mirror a pyramid scheme.

Members of the newest quick money craze in Kenya earn bonuses by referring others to join the scheme, allowing the pioneers to profit off the newcomers.

A member can pick from four packages costing EURO99, EURO300, EURO750, and EURO2500 with a promise to receive a number of bonuses including a weekly bonus.

The bonuses are pegged on the number of people one brings into the organisation.

Recently, the Comesa Competition Commission issued a warning against pyramid schemes, where it singled out Crowd1 saying it poses as a multi-level marketer but operates as a pyramid scheme.

“Consumers are therefore advised to exercise caution when dealing with Crowd1 and also conduct research about companies they wish to invest in, to avoid losing their hard-earned money,” the commission said.

Comesa warned against dealing with the network marketer saying it has been flagged in Namibia, Philippines, Mauritius and New Zealand and is being investigated in South Africa.

Sacco Societies Regulatory Authority chief executive John Mwaka, said the regulators issued the warning to caution Kenyans now that many transactions have been moved online due to the Covid-19 pandemic. 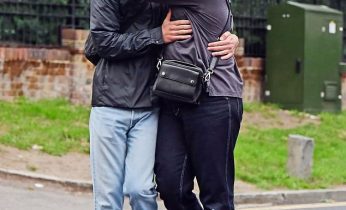 Favorite Amazon products of 2020 so far