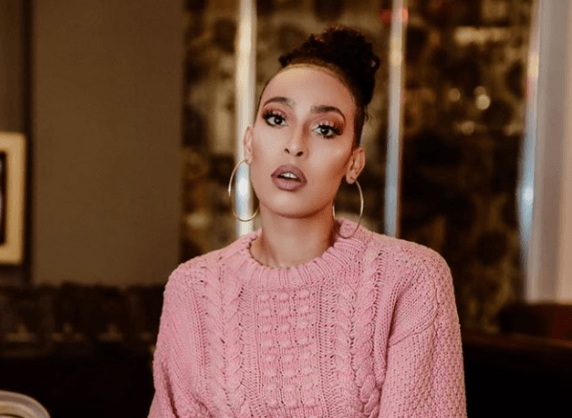 The internet is ablaze with people inserting themselves in Black Coffee‘s love life…again. This time rumors are swirling that he is dating Sarah Langa.

According to the rumor mill the two started dating after the star studded Black Coffee Luncheon held at his house earlier this year. The two have allegedly kept everything under wraps as both are going through divorces.

Well Sarah was not about to stand around and have people speculating on her love life and shut down the baseless rumors.

“This is news to me. Our relationship is something I cannot explain. We work in the same industry. Obviously I know him, but not like that,” she told the Sunday World.

A few months ago he was said to be dating a reality show star. The rumours all started when former “Love Island” contestant Alexandra Cane tagged the DJ in a tweet. Tweeps can’t help but think Black Coffee is dating her.

The starlet who split from her ex boyfriend Adam Theobald in December last year and hasn’t been linked to anyone until Black Coffee.

She tweeted full length picture of her and her curves and captioned it: Ready for a caffeine overdose @RealBlackCoffee to which the DJ replied with “Let’s go”.

Both of them are in Mykonos, Greece where Black Coffee is on his European tour and tweeps are besides themselves with excitement.