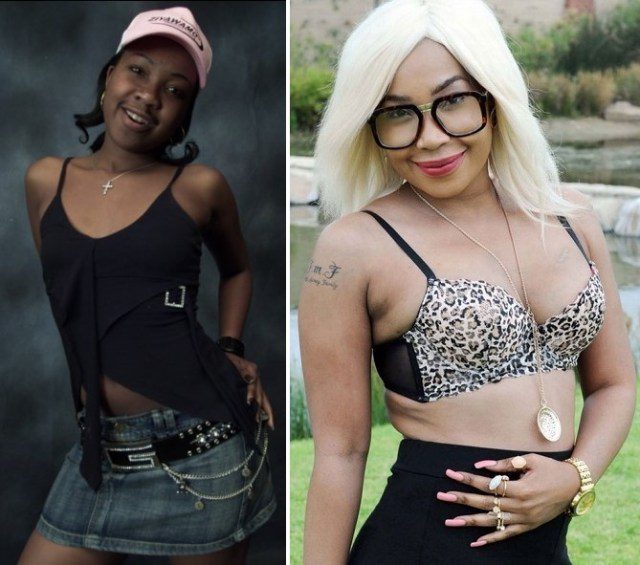 Today Mzansi woke up to the sad news, that Kwaito Queen, Nomasonto Maswanganyi who was better known as Mshoza, 37, had died.

Mshoza is said to have died on Thursday morning, due to complications from diabetes.

It was well known by the public, that the singer was diabetic when she suffered a health scare and had to be rushed to hospital in 2014.

Her manager of 11 years, Thanduxolo Jindela confirmed that she was rushed to hospital on Wednesday night, before she succumbed to the ailment.

Now we know it’s not good to speak ill of the dead, however like all the greats in the arts industry, Mshoza was not without her fair share of controversies and it made her who she was and become synonymous with her brand.

Mshoza once made the headlines over her skin bleaching.

Sis started bleaching her skin in 2011 before bleaching was even cool among Mzansi’s celebs.

At first, she denied the bleaching claims, but eventually, she caved in and admitted that she was bleaching her skin.

Mshoza once revealed in an interview that she didn’t bleach her skin because she wanted to be lighter than her natural brown skin tone, but it was because she developed a skin condition after giving birth to her second child.

She said the only way to control the condition was to start bleaching her skin.

Mshoza said she didn’t bleach because of self-hate and she was proud of being a black woman.

I’m a black woman and a proud black South African. People will not understand why I had to go through that procedure because it’s a medical situation that I’m still going through. It’s a medical condition that I have. I can’t apologise for my condition and decision

After that interview, it seems the Kwaito queen got some rest on the streets when it came to her skin color.