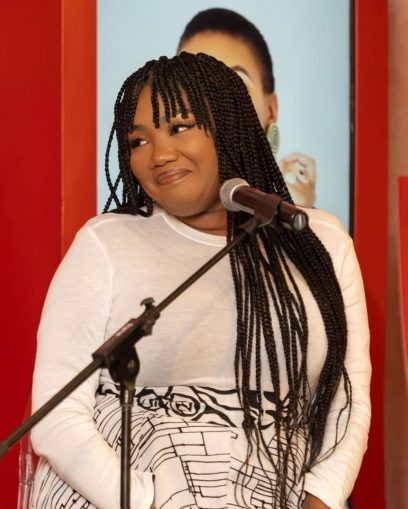 Before HHP died on October 24, 2018, Somizi Mhlongo chatted with his friend Lerato Sengadi, who was HHP’s wife. The only similarity between the two is that Lerato was also married in the traditional manner, but Somizi and Mohale were a same-sex marriage, thus some details may alter.

“She seems to have more rights than I would have because same-sex marriages, so it is intriguing,” he continued.

Lerato claimed that she and HHP completed everything they needed to do in order to form their union in the traditional way, but they did not sign.

“For me it was the other way around where we did the full, you know the things that check off in the law to what makes a marriage customarily recognized, kind of thing, we did. Even if it was the bare minimum we did what we needed to get done,” she said.

“But we didn’t go sign because of the people that we are firstly, because we always favour African way of life before everything else. When Jabu passed away they just said I don’t exist. Like he was never married, the process wasn’t finished,” she continued.

“We did not do the lobola thing”? Bathong kganthe did they not say they paid lobola for each other? Bo Somhale ba re boledisha maaka 😳😳 #LTDWSOMIZI

HHP’s relatives did come to pay lobola, according to Lerato, but they didn’t recognize her as his wife after he died.

“I said what do you mean you don’t recognise me as his wife. Me and Jabu had been together for 10 years. I was your daughter-in-law up until, what? Like the 24th of October? Why didn’t you say these things when he was alive? Why did you wait for me to get to my weakest moment to try and break me further?”

Somizi, speaking from personal experience, claims that Mohale has asked for half of his estate in the divorce.

“I’ve been on this journey with Lerato through out and it hasn’t been easy. It’s been tough. Emotionally, mentally, financially draining to see that she finally won is a victory for a lot of people… because there are so many people who are going through the same thing that she went through,” he said.

“In my situation my ex husband has sent a letter asking for half of everything, right? So, I don’t know if you know that I didn’t sign anything but they are standpoints that we got married customarily. We didn’t do the lobola thing, at all,” he continued.

Somizi recounted that they arrived and immediately threw a celebration. He went on to add that they only went to Mohale’s side of the family and not to his own. The Idols SA judge went on to remark that the scenario benefits Mohale, which he should be glad about, but it bothers him.