He is also famous for playing the gay character of Thabang in Isidingo.

Several days ago, Somizi Mhlongo revealed that he had made preparations for the wedding and it seems that Somizi Mhlongo’s life partner is Pholoso.

Somizi Mhlongo is known to be among the top performers who were seen suggesting that he is seeing someone who is going to marry someone soon.

From there are speculations that he is dating Pholoso Mohalala.

Even though Somizi Mhlongo is yet to make it official whether he is dating or getting married at the moment, his fans are extremely curious to know about his alleged life partner, Pholoso Mohalala.

He was known as Thabang.

South African media personality and businessman Somizihas announced with a video with a ring on his finger that he has found love again. He has been teasing fans for months with pictures, but he did not disclose the name of his boo.

We have a match.

A day ago Somizi revealed that he is engaged.

However, Afromambo has managed to put two and two together and realized that it’s someone the entertainment world already knows. Pholoso Mohlala is Somizi’s lover, and we have all the gist for those who don’t know about him. 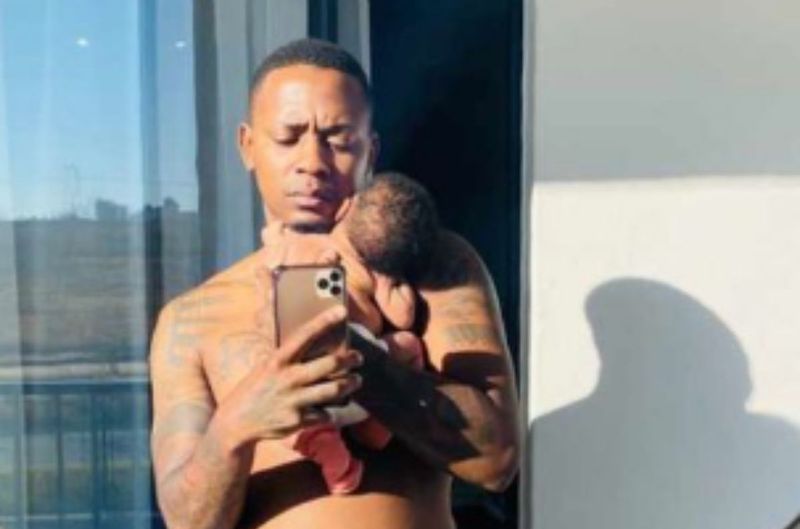 Many may know Pholoso from the time he was acting on Isidingo, taking on the role of Thabang. Thabang was the son of a miner in the Horizon Deep who came out as gay when his friend told him to go out and meet girls. However, Pholoso was making headlines in real life as his then-girlfriend was threatening Lerato Mabiletsa with witchcraft.

Besides his career in acting, he is also a businessman who lives a comfortable life. In 2020 he launched his brand of Gin called 012 Gin. The Gin offers several flavors like Dry Gin and Amber Gin. The business is thriving for Mohlala, and he lives like an A-lister. He may keep his relationships private, but he sure knows how to flaunt the life he lives.

Are ya’ll ready to paparazzi because I have serious shots now.

Somizi Mhlongo spotted at Tashas; Nelson Mandela Square with his fiancé Pholoso Mohlala and others this morning out for breakfast. pic.twitter.com/1cLUYJ9JHW

Mohlala owns a bright tomato red BMW M4 that he frequently shows off on his Instagram account. The car is worth R2 million rand in the South African market, and he brags and shows it off frequently. He deems himself something of a fashionista and usually shares pictures of his fits. He wears big and expensive brands like Fendi, Dolce, and Gabanna, and Rolex and Casio watches.

We have a match.

A day ago Somizi revealed that he is engaged.

His house is nothing short of a dream to many in size and decor. The stylish actor/businessman owns a grey house with dashes of white to its decor. The apartment house is a double-story with white stonework and green grass on the outside. His net worth is estimated to be R7 million rand, with most of his money coming from his company.