A 19-year-old man charged with murder in his father’s death allegedly told police he drowned his father because he was possessed by demons and needed to perform an exorcism.

Jack Callahan pleaded not guilty to murder when he appeared in court today accused of killing his father Scott Callahan, 57, CBS Boston reports. He was arrested in the early hours of Monday morning after his mom called the police to report he was ‘acting erratically.’

The teen had arrived home at 2am, dripping wet, and told his mother his father was missing despite Jack traveling to pick his father up from a Boston bar earlier that evening, a court heard.

He eventually directed the police to Crooker Memorial Park where officers found Scott at the bottom of Island Creek Pond. Scott was rushed to Beth Israel Deaconess Hospital in Plymouth where he was pronounced dead.

Jack reportedly told the authorities that he’d been trying to baptize Scott to rid him of his alcohol demons.

‘He believed he was baptizing his father,’ Plymouth Assistant District Attorney Shanan Buckingham said in court.

‘He was holding his father in the pond on his back like a baby and that he continually dunked his head under the water about four to eight times.

READ ALSO:
Houston is offering $100 to those who take vaccine

Callahan continued doing this until his father was no longer struggling and floating, Buckingham noted in court.

Son, 19, who drowned his alcoholic father while

Jack allegedly explained he had been exorcising a demon named ‘Dirty Dan’.

He said he’d given his dad a choice; ‘I left him there to decide, you can come to heaven with me or hell.

‘I think he chose hell.’

Authorities said that the incident began when Jack went to pick up his father who had left a treatment center for alcoholism, to go to a bar in Boston.

By the time Jack arrived to pick him up, his 57-year-old father, who had a traumatic brain injury that impacts his decision-making abilities, was drunk.

The pair got an Uber at the bar and originally headed home to Duxbery, but Jack’s mother reportedly told him she didn’t want Scott at her home. So the car dropped them off at Island Creek Pond in Crocker Park.

According to Jack, an altercation broke out between the two after Scott hit him.

Jack claims he ‘blacked out’ after being hit and they moved to the pond where Scott was drowned.

In court Tuesday, Callahan’s attorney Kevin Reddington asked the judge to send Callahan to Bridgewater State Hospital for a mental health evaluation, adding that he is a danger to himself.

‘He’s a very nice young man,’ Reddington said, ‘He comes from a wonderful family … My client had a concern for his father, knowing that he would be drinking and knowing that he shouldn’t be drinking. He was going to try to take him back where he should be.’

The judge ordered the court clinician to evaluate Callahan, he is to be held in jail without bail until he’s due back in court on August 12. 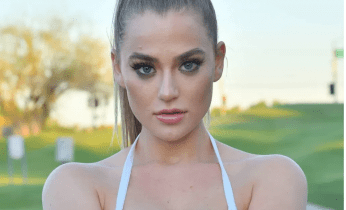