There is anger among South Sudanese after a gunman identified as a distance relative of the country’s President, Salva Kiir opened fire on civilians.

The suspect, Lual Akook Wol Kiir shot at civilians on Wednesday in the Sherikat residential area of Juba, the capital of South Sudan.

According to the government, the gunman killed five people and injured several others.

Local media has reported that the shooting was triggered by a land dispute in the community.

Angered by the incident, protesters took to the streets demanding action against the gunman who has been arrested and in hospital receiving treatment. 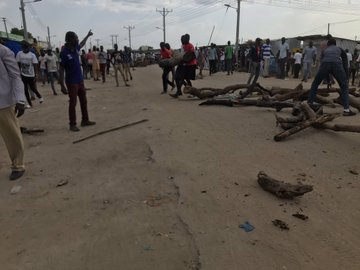 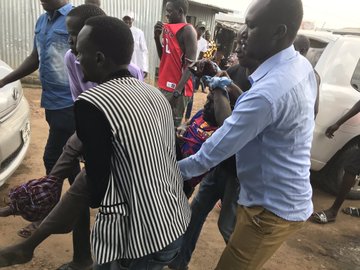 52 people are talking about this

The statement from the President’s office said the suspect sustained injuries and it is not known if he got injured during arrest or while in custody.

He is said to be in critical condition but the government announced that his action is a serious criminal action that require urgent prosecution.

The Office of the President has also directed authorities to investigate the shooting press immediate charges against the perpetrator.

Radio Miraya@RadioMiraya
The Office of the President has directed authorities to investigate the shooting in the Sherikat residential area in Juba and press immediate charges against the perpetrators. The President has released a statement condemning the incident that occurred this morning.#SSOT 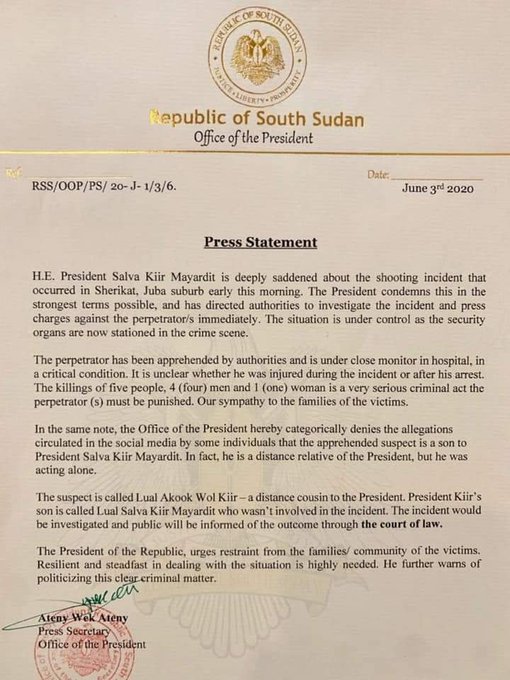 Wol Kiir and his body guards are accused of opening random fire on civilians sparking agitations and protests.

South Sudan’s army spokesperson has told local media that Lual Wol Kiir and his six bodyguards will be arraigned before a military court martial for trial. 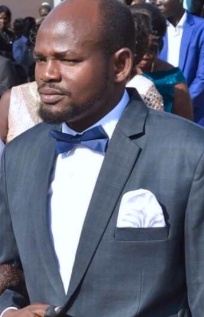 Send Us NEWS TIP OFF ANONYMOUSLY Via WhatsAPP +254729000014.
Previous In Search of African Women Who Question Religion
Next Men in Zimbabwe demand bigger condom sizes!

New York City, with a population of about 8.4 million, has had over 28,000 coronavirus deaths as of …

Powered by AfroMambo | Designed by Josh
© Copyright 2020, All Rights Reserved