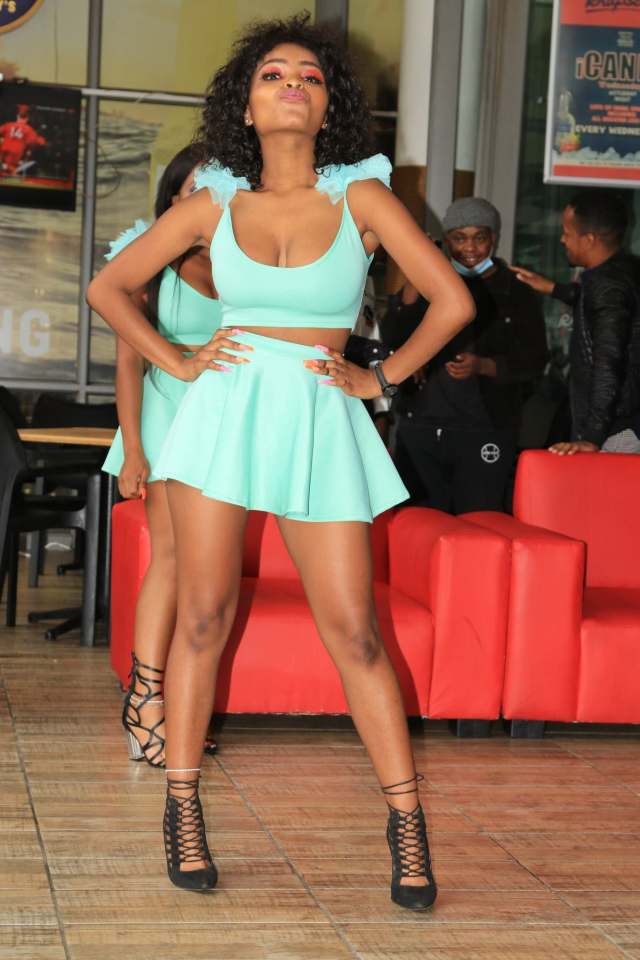 The ladies who probably made the John Vuli Gate track more popular have proved that they have a good taste in fashion following criticism from some of their fans over repeating the same dressing.

Tshegofatso Maepa, Katlego Mohlahlo, Kgomotso Aphane, Oratilwe Mokwatlo, and Lebogang Motalane made headlines when a Tik Tok video in which they were vibing to John Vuli Gate song became an internet sensation. According to the ladies, they did not know that the video that they recorded at a filling station on their way to attend a friend’s birthday party could go viral.

In a short video clip, the ladies are seen wearing black mini skirts and long-sleeved tops whilst dancing holding a bottle of Russian Bear. Judging from the comments on social media, social media users were eventually fed up as the ladies continued making appearances and posting new content on social media whilst wearing the same outfit they were wearing on the viral video.

However, the girls who have since earned the nickname ‘stocko’ have shown that they listen to their fans after they posted images clad in the new outfits.

This Baby Has Never Eaten Sugar Or Refined Carbs, And The Result Is Incredible