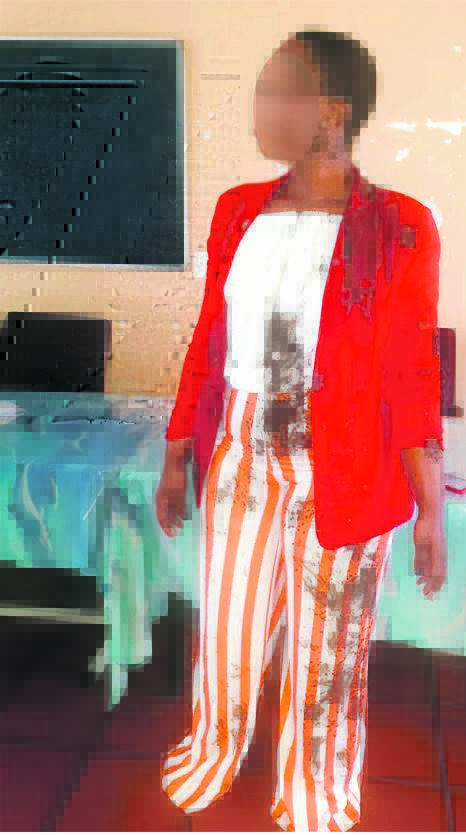 A South Africa teacher was humiliated and violated by a pupil who poured sewage all over her body after a misunderstanding.

All because she allegedly said a word in her economics class which the grade 12 pupil couldn’t understand.

According to The Daily Sun, in anger, the pupil (19) found a bucket and filled it with sewage scooped up from the schoolyard.
He then went back to the classroom in Khotsong near Bothaville, Free State, and poured the sewage all over the teacher.

A video of the incident went viral on social media, leaving many people fuming.
The teacher could not be reached for comment, but a pupil said the teacher opened a case against the culprit and he was arrested

We know him to be non-violent. I don’t know what’s going to happen to him, but what he did isn’t cool,” said the pupil.

Another pupil (15) said: “I think we’re misusing our rights because what happened to the teacher violated her rights.

“He knew he’d have called the police if the teacher retaliated.

FOR YOU :
Unrest in SA will end if Zuma is freed from prison, says Zuma Foundation

“I won’t mind if corporal punishment comes back. How would he feel if the teacher was his mum?”

“He’ll appear before the school’s disciplinary committee on Friday.”

“They said they were given permission as they are grade 12s. But one of the pupils started an argument with the teacher and the matter was resolved on Monday,” said Makhele.

“On Tuesday, the same teacher was in class when the pupil poured sewage over her.”

He said another teacher tried to reprimand the pupil, but he threatened him.

Video:Spiderwoman escapes the police after looting at at Shoprite

Ohlomfa Akere Ngwanaka, AKA Bishop Makamu Responded and this is what he had to say

List of Celebrities who got married three times or more