Showmax’s The Wife is said to have shown actress Thuli Phongolo the door. It is alleged producers were tired of her excuses of not showing up for shootings.

Sources said the former Generations: The Legacy actress was not committed to her job.

“She gave the production team a hard time. If she was not late for shootings, she would not come at all. This forced producers and writers to make last-minute plans, And that was an inconvenience for them,” said the insider.

Thuli portrayed the role of Lerato in The Wife, a well-loved telenovela inspired by author Dudu Busani-Dube’s book, titled Hlomu The Wife.

The show is produced by Stained Glass Productions.that has former president Jacob Zuma’s daughter Gugu Zuma-Ncube in the executive management.

A second source said the character had to be written off, to spare frustrations and headache.

“Thuli is a talented actress. Any production would want her to be a part of. But her character of Lerato had to be written off. That was not part of the initial plan before she pulled a no-show stunt,” said the source.

FOR YOU :
Is Thuli Phongolo is related to Cardi B

She said the agreement was mutual.

‘Yes, we can confirm that Thuli Phongolo’s character ends in the episodes airing on Thursday, 13 January 2021. This was by mutual agreement, due to schedule clashes,” said Nomfundo.

The publication tried to reach out to Thuli.

Her phone was answered by her mum, who promised to ask her to phone back.

She also refused to provide the publication with Phongolo’s direct contacts. She did not respond to the text messages as well. Will update soon 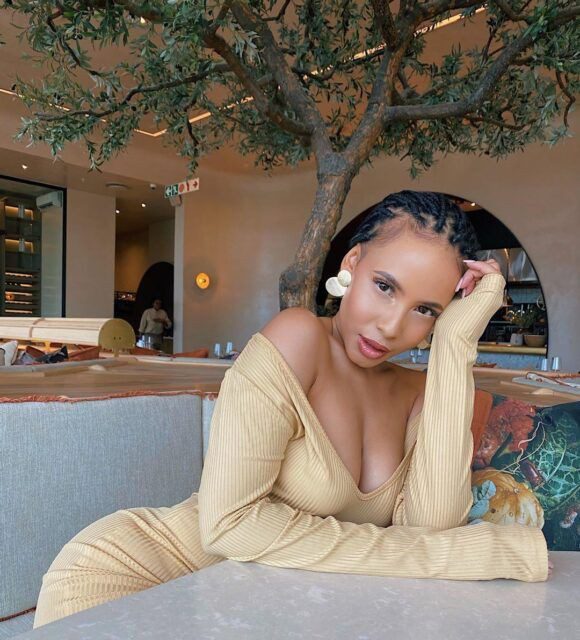 Cardi B threatens to sue anyone who reposts her explicit photo

“R. Kelly Can Be redeemed’ – US Politician, Danny Davis Says Kelly Deserves a Second Chance After Serving Time For Racketeering And Sex Crimes

Brenda Mhlongo’s Husband Edmund Has Married this Side Chick