While  Natasha Thahane and Thembinkosi Lorch’s dating scandal keeps changing each new day we have a completely new update, one that many of us actually expected yesterday as we all know that there’s no place to hide when Mzansi finally discovers your business.

The Orlando Pirates footballer has gone back on his word and taken to social media to post a picture of Natasha Thahane. The star decided to keep his caption short: “beke le beke [week in week out]” followed by a heart emoji. Does this mean he is confirming his relationship with the actress? We believe he is. Even his friends, fellow footballers and followers took to the comments section to congratulate him for dating a chipi (that’s S’pitori for ‘beautiful woman’).

Fans have been excited since the news; with Orlando Pirates fans jokingly telling Natasha that she will beg the footballer on their behalf to stay at the club, as more and more reports suggest that he will be leaving the club soon.

The rumors of the pair being romantically involved were fuelled by several pictures that they have posted, suggesting that they have been spending a lot of time together. 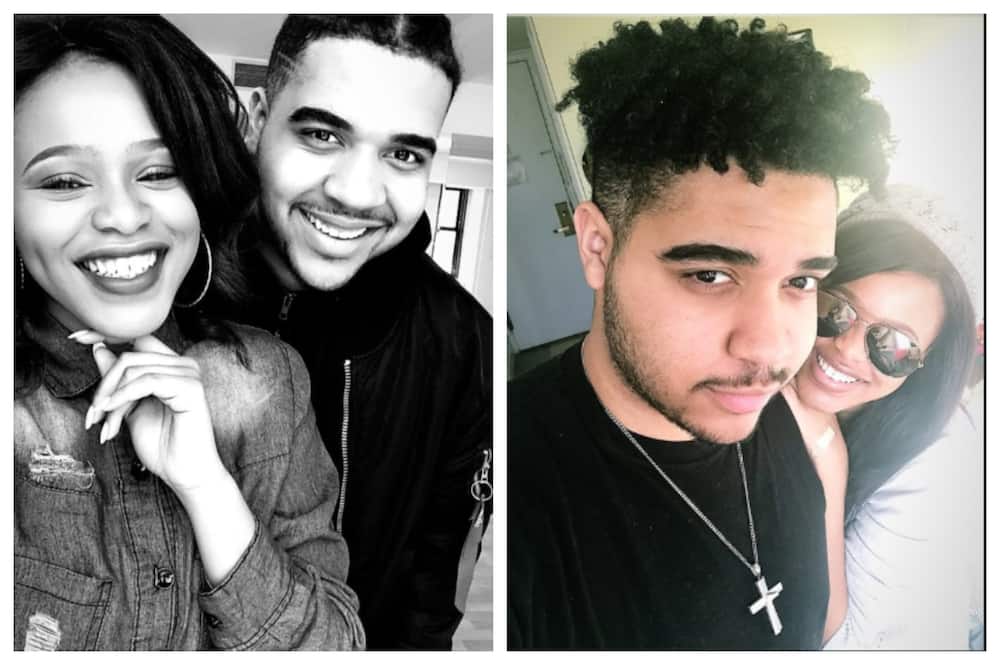 The one image that started all the commotion, sees Natasha in Zanzibar in a sexy orange bikini. The shades she had on sold her out because one Twitter user zoomed in and spotted the Orlando Pirates striker. Shortly after, the footballer posted an image of himself in the same location. More and more pictures of the two personalities emerged and it was very clear that they were together in Zanzibar and probably on vacation. What added fuel to the dating sparks was their wrist bands, which were exactly the same.

On Monday, Lorch and both Natasha responded to the dating rumours. An Instagram Live video of Lorch and DJ Maphorisa showed the two friends talking about the situation.

In the video, Maphorisa catches Lorch up on the latest gossip involving him, wanting to know if he is romantically involved with the actress. The football player responds by asking “what do I have to do with Natasha?” and the amapiano producer then tells him how the rumours were fuelled, even telling him about the identical wrist bands. Lorch vehemently denies dating Natasha in the video. In fact, the star pretends to not even know who Natasha is.

Lorch acting all confused about this Natasha’s situation 😂 pic.twitter.com/6DpN7Q3DeK

Meanwhile, Natasha also indirectly responded to the claims. On the same day she responded to one of her old tweets about being single and she gave her fans an update on her relationship status. The actress claims to still be single.

OUR CONCLUSION… ON THE TWO LOVE BIRDS..

The Natasha Thahane and Thembinkosi Lorch‘s dating scandal keeps changing with each new day,one that many of us actually expected yesterday as we all know that there’s no place to hide when Mzansi finally discovers your business.

Love Triangle: Lasizwe is Hitting On Lorch And He Is Jealous Of Natasha Thahane