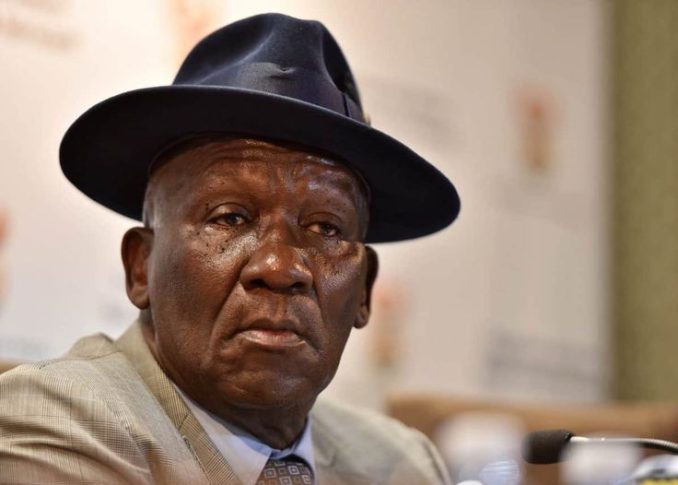 Police Minister Bheki Cele says a 19-year-old girl was lucky to be raped by one man.

Police minister Bheki Cele has caused an uproar after saying a 19-year-old girl was lucky to be raped by one man.

Cele discussed the progress of the Krugersdorp rape incident, in which eight women were gang raped last Thursday, in an interview on eNCA.

South Africans were enraged by the lack of sensitivity from the minister of police, who consider it luck to be s.xually violated by one man rather than multiple men.

The Democratic Alliance (DA) has been calling for the axing of Cele for his incompetence as the Minister of Police.

“How can a person with an attitude that perpetuates rape culture in an already violent society be the head of the SAPS?

“This is more than enough reason for him to be fired,” said the DA Shadow Deputy Minister of Women, Youth and People with Disabilities – Nazley Sharif.

The party viewed this as the breaking point and started a petition asking President Cyril Ramaphosa to fire Cele, calling him “a ignorant and reckless misogynist.”

“People have had enough of Cele, amongst other things, his failure to address the surging criminal violent incidents and failure to provide justice for GBV victims.”

“South Africa is in crisis when the minister of police, Bheki Cele, says a women is lucky if she is only raped by one man. That is literally what he said. That is one of many reasons SA is retaining it’s position as rape capital of the world. >150/day #CeleMustGo #WomensMonth” wrote one sweep

“There is nothing lucky about being raped, not even by one person who threatened your life with a gun to submit to their power and will.

As an elder, Bheki Cele should learn to measure his words.”