A group of Zimbabwean and South African robbers who had become notorious for robbing cellphones in Soweto, Johannesburg, was captured and the members were stoned to death by residents.

The group consisted of three Zimbabwean men and two South African women, as reported by The Talk SA. The robbers moved around in a white VW Polo as they robbed Freedom Park residents of their cellphones.

A certain publication stated that the robbers would approach victims with the car, and they would circle them pointing guns and other weapons as they demanded phones and other possessions. The robbers did not hesitate to steal phones in broad daylight.

Freedom Park residents managed to track the car in the township of Siyaya in Freedom Park and caught the robbers. They set the VW Polo on fire, according to the information shared in the Freedom Park public Facebook group. 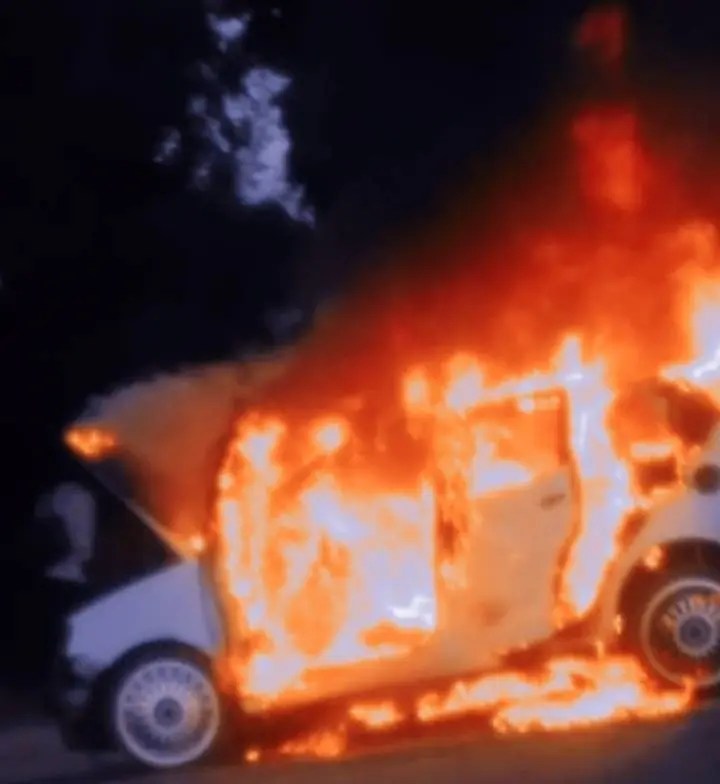 The robbers were then stoned to death by the angry residents. People reacted with delight to the news of the stoning of the robbers.

Busisiwe Masinge said – I am happy the community is alert and sending a strong message to criminals. However burning the car is clearly not a good move. The car is probably stolen and they destroyed an asset of an innocent citizen. We should be helping citizens recover their car but now we are also victimising the victim. It’s very sad

Agnes Motabola added – I love siyaya people, the are united, unity is the power. Salute comrades✊✊

Nadia Nakai accused of protecting AKA

REVEALED:Are Mbali Nkosi and Jessica Nkosi Sisters and Who Are Their Parents?